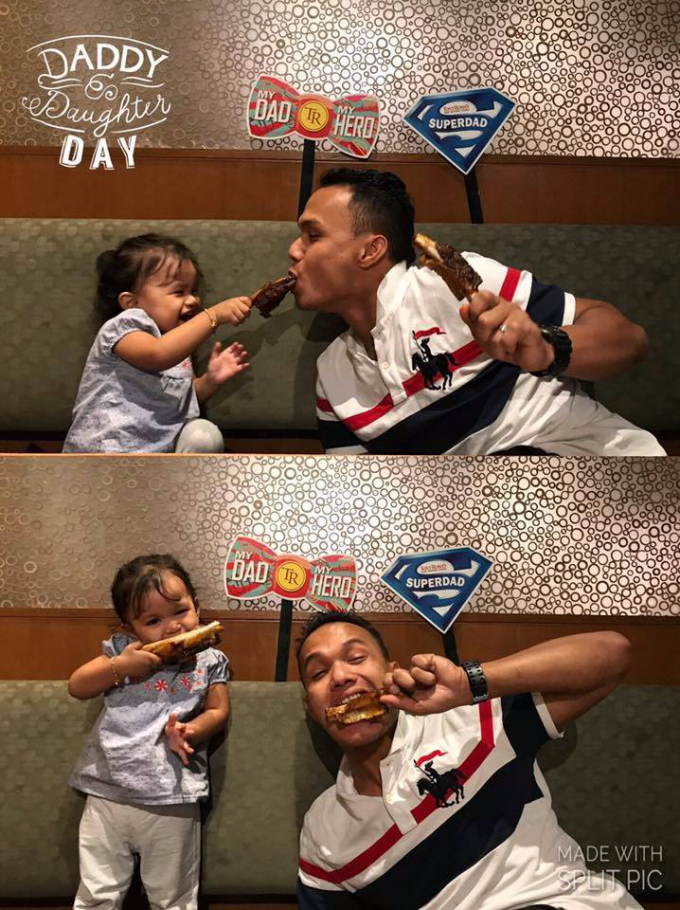 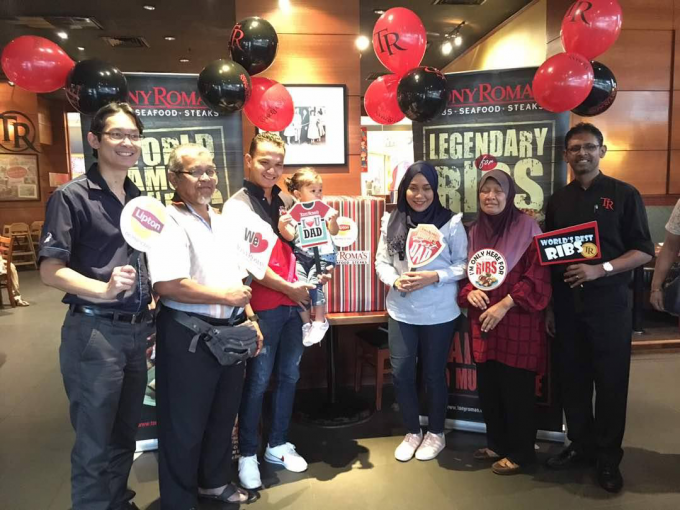 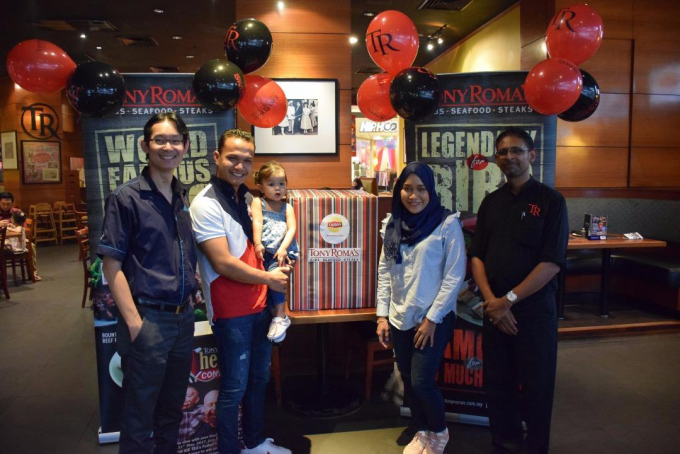 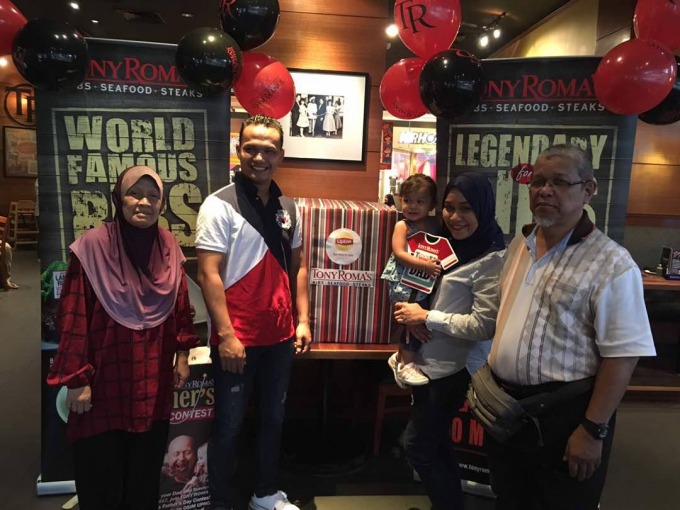 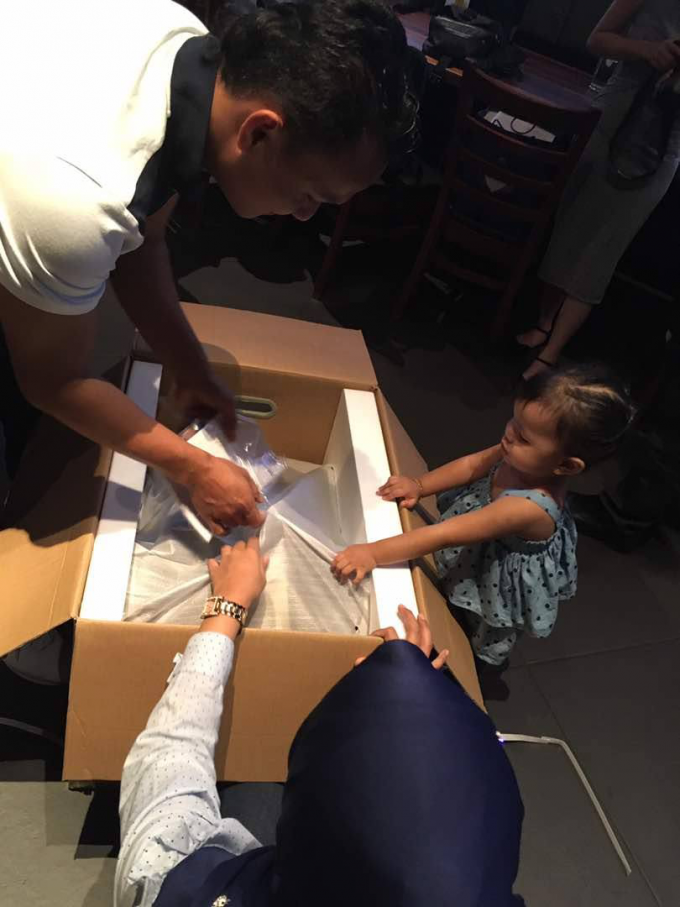 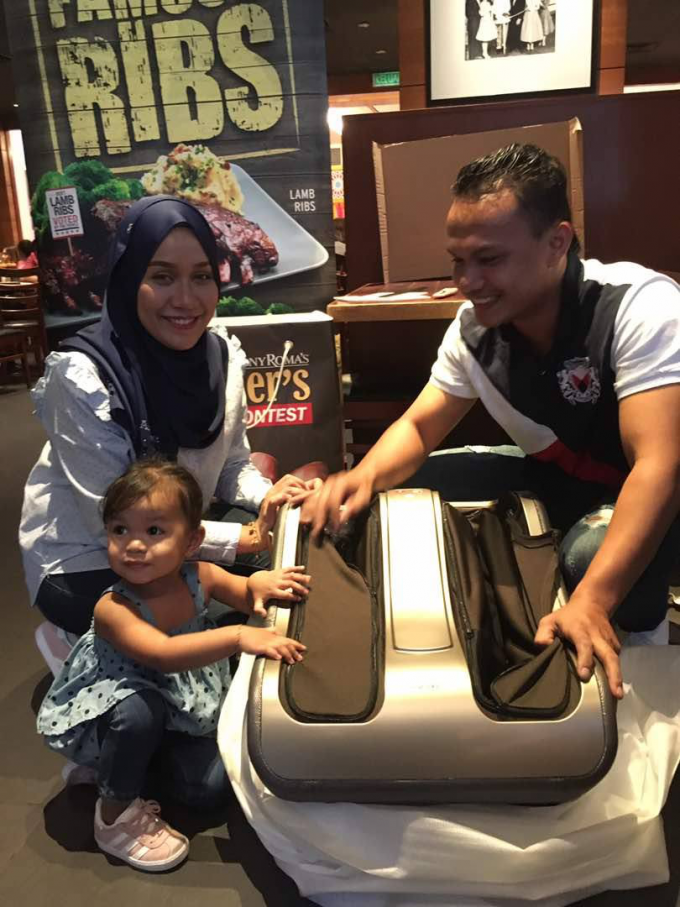 Many will agree that fathers are the pillars and strength of a family. Their sacrifices and commitment to ensure the wellbeing and upbringing of their families are immeasurable. Thus, to honour fathers around the world, Father’s Day is celebrated every third Sunday of June.

“This is my first time taking part in Tony Roma’s contest and I was just trying my luck,” said Puan Arina. “I wanted to thank my husband for being such a lovely father to our daughter. After posting the photo, I checked other entries and realized that many people also took part in the contest with very creative poses.

“I never thought I would win, so when one of the staff from Tony Roma’s called with the good news, I thought it was a joke or someone fooling around with me. After realizing that I really won the contest, I was thrilled. My husband is working as a bodyguard and the OSIM Uphoria Warm Leg Massager will surely be put to good use after his long day at work,” added Puan Arina.

Held from 1 May  – 11 June 2017, participants just needed to dine in at any Tony Roma’s outlet,  snap and upload a photograph with their father and family in the most creative pose by using Tony Roma’s Father’s Day & Lipton Ice Tea’s props.

Providing an Amazing Experience for our Team Members and Guests.

Tony Roma's gift vouchers are perfect for everyone and all occasions.
Gift Certificate Food Vouchers

The occasion is not special until you've had the Roma's Experience. Catering for all sorts of special events including birthdays, cocktail receptions, corporate lunches, anniversaries and more.
Please contact the Tony Roma's outlet nearest to your event location.